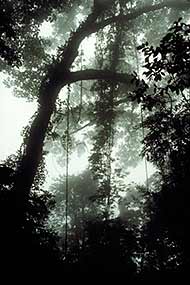 Indigenous People’s Cultural Support Trust is honoured to have Professor Sir Ghillean Prance as its patron.

Ghillean Prance is a distinguished botanist, well known for his work with plants in the Amazon. After spending 25 years at the New York Botanical Garden he returned to the UK to become Director of the Royal Botanic Gardens at Kew in 1988, where he remained for eleven years. Having ‘retired’ from Kew, Professor Prance contines to hold several posts, including Science Director of the Eden Project (Cornwall). He is a Visiting Professor at Reading University, and divides his time between the UK, Hawaii and South America.

Throughout his career, Professor Prance continued (and continues!) to carry out field research. He has spent months at a stretch living in the Amazon, often with tribal people, for whom he has great respect and admiration.